There are countless online education marketplaces on the internet. And there’s us. We are not the biggest. We are not the cheapest. But we are the fastest growing. We have the highest course completion rate in the industry.

And the reason is, we don’t give up. When a student commits to a course, we commit to the student. We are not going to sugar coat it - we will make you complete, come what may. You may not have given much thought to what you are signing up for, but we believe you are signing up for knowledge that is useful and complete. And what we do, we do to make that belief a reality. We are ridiculously committed to our students. Be it constant reminders, relentless masters or 24 x 7 online support - we will absolutely make sure that you run out of excuses to not complete the course.

To become the largest online learning ecosystem for continuing education, in partnership with corporates and academia.

To create an alternate platform for students who wish to continue and complete courses by attending live online courses, using a team of ridiculously committed educators who will stop at nothing to impart education, helped by a 24 x 7 support system. By deploying our world class team of industry experts, we aim to educate our learners with the skills they need to advance their professional life to the next level. 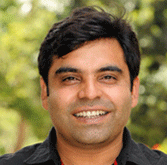 Lovleen Bhatia is instrumental in setting up the strategic direction of the company, defining company’s priorities, driving the mission and company’s work culture. He brings with him 13 years of expertise across domains like technology, digital marketing, growth hacking, customer acquisition and hiring. Prior to co-founding Edureka, he headed the R&D at DbyDX Labs.
At Texas Instruments, Lovleen was a technology evangelist and helped the company stay on the cutting edge. His interests include Artificial Intelligence and Virtual Reality. He started his career at Infosys as a software engineer and has also held key roles at Texas Instruments and Synopsys. 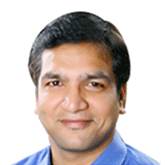 Kapil has over 15 years of experience across technologies, product development for mobile and consumer web, along with business excellence acumen. Prior to Edureka, he started his own mobile development company, DbyDX, which was later acquired by Kellton Tech, a BSE listed technology company. Kapil is an IIT-Bombay alumnus. 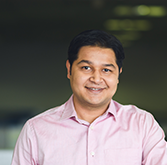 Vineet has been instrumental in growing the Edureka learner community. At Edureka, Vineet has been closely involved in every business function ranging from Sales to Operations to Marketing, and emerging businesses. He embodies “ridiculous commitment,” a philosophy which has seen him tirelessly support various teams and mentor learners, be it night or day. This ridiculous commitment is now deeply ingrained in the DNA of the company. 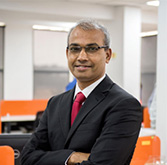 Anand brings his deep understanding of Technology to strategize and build the core of Edureka i.e. Learning. A believer of Indian IT story, Edureka is his lab to make Technology learning available to all.
Besides co-founding Parablu, Anand has played a significant role in building organizations like Mindtree and Wipro. Basics fascinate him and thus Problem Solving, Programming, Data Structures and Algorithms keep him occupied most of the time. If not, you can see him enjoying good food, playing piano or bicycling around in Bangalore! 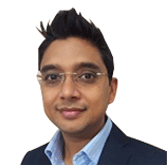 Gaurav Nigam, who leads the Big Data technology courses category, has over 11 years of experience in market research, analytics, sales and operations in Retail- CPG / E Learning. At Edureka, he is responsible for managing P&L, driving sales growth, devising marketing strategies for the courses in his category. 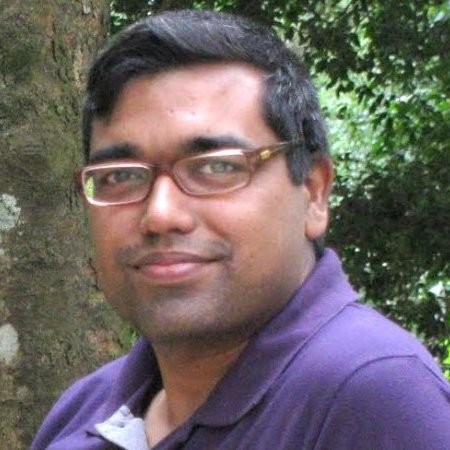 Anuraag has 17+ years of experience working on software products with his most recent stint being with Practo where as product head he contributed to exponential growth of Practo Ray amongst medical practitioners in India. His product experience ranges from SaaS and CRM to Health Insurance Fraud Management. He has a strong personal interest in building products for India specific opportunities. 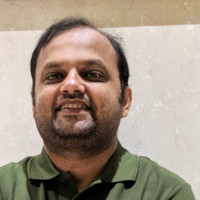 Rajul is an entrepreneur turned investor. He has founded and manages Leo Capital India , looking at technology investment in India.
Previously, he has co-founded GlobalLogic, a leader in outsourced product development, and Pine Labs, market leader in payments in India. Rajul also co-founded Sunstone, a unique play in affordable management education and he got interested in learning as a sector.
Rajul is a graduate of IIT Delhi and lives in Delhi. 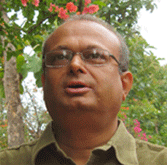 Kalyan Banerjee is among the ten co-founders of Mindtree.After participating in the growth and transformation of the computer industry for 26 years, Kalyan joined Centurion University in June 2012 to explore and implement different ways to make an impact to education and society.
As part of Centurion University, Kalyan has driven a curriculum.that focuses on building intrinsic interest in the discipline through engaging in real, meaningful projects. This approach will create self confident citizens who are self employable.Such transformation is being achieved through multiple university initiatives that include a sustained focus on projects, meaningful labs, an examination system that moves into problem solving and application of concepts rather than test memory, and involvement of faculty in real world projects. Kalyan envisions universities that empower students from all socio economic backgrounds with personal mentoring from faculty, focus on skills and character development beyond the syllabus or college timings, thus creating a more inclusive society. Collaboration with companies and campuses is part of this roadmap. 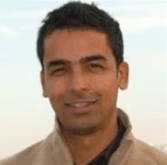 Anuj Srivastava is the CEO and Co-founder of Livspace (www.livspace.com). He is also a founding advisor and investor at Jungle Ventures, while being a prominent angel investor in early-stage internet startups. One of his more recent exits was ZipDial, a mobile marketing platform which was acquired by Twitter. Formerly, Anuj worked at the Google Mountain View headquarters (San Francisco Bay Area), where he led WorldWide Product Marketing for the eCommerce team, and in the past, led the product marketing function for Google Local/Maps and many other online ad products including AdSense and the Google Display Network.
Anuj started his career in the Silicon Valley where he worked as the Head of Product Marketing at Encentuate, an identity and access management company, which was acquired by IBM. Anuj grew up in India, went to school at IIT Kanpur, received his MBA from the London Business School, and has lived & worked across India, San Francisco, London, New York, and Singapore. 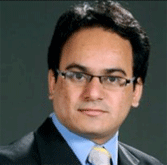 Ramakant Sharma is the Director and the Co-founder of Livspace. He possesses an experience of close to 12 years in general management, entrepreneurship, software product development and online marketing. Before founding Livspace.com Ramakant was a core team member and VP of engineering at Myntra.com, leading fashion and lifestyle e-commerce company in India. Prior to joining Myntra, Ramakant was heading online gaming platform Zapak.com. Ramakant has a vast understanding and experience in architecture, design and product management teams for scratch. He holds a B.Tech degree from Indian Institute of Technology Kanpur, India and an MBA in Finance and Marketing from Indian School of Business, Hyderabad. 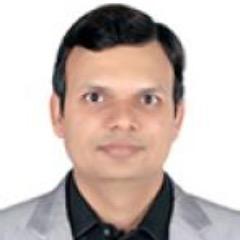 Abhishek is a Serial Entrepreneur in true sense. He co-founded SKAN DbyDx Software, one of India’s first Mobility Solutions Company in year 2005 and was Co-Founder & CEO of the company. Abhishek led the successful merger of DbyDx Software with Kellton Tech, a public listed IT Consulting company in year 2012. In year 2011 Abhishek Co-Founded Edureka (Brain4CE Education Solutions Pvt. Ltd.) and was instrumental in product conceptualization, implementation and early growth of the company. Abhishek served as Co-Founder & Director of Edureka till Feb 2014 when he resigned from Edureka and moved to USA for expansion and growth of Kellton Tech in USA. Currently Abhishek serves as Chief Operating Officer in Kellton Tech, USA and is a strategic advisor to Edureka. 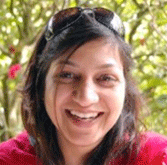 Jo Aggarwal is an ed-tech veteran, mobile-for-development expert, and an entrepreneur. She is currently the founder of Touchkin, a mobile and IoT parent care platform. Earlier, Jo was the Managing Director, International at Pearson Learning Solutions. She has been an expert advisor to McKinsey & Co, and to the National Skills Development Corporation in India.
She is also a senior advisor and part of the founding team of Silatech, a social enterprise supported by the UN, ILO and the World Bank, which uses technology to place a million young people into jobs in the Middle East & Africa.
Jo started her career with the TAS, the leadership cadre of the Tata group where she helped build Tata Interactive into one of the world's largest developers of online learning. Jo has been recognized by the eLearning Center UK as one of the top three thought leaders in eLearning globally. Her work on mobile employability has supported over one million young people, for which she won a Silver at the Stevie Awards as well as the Global Telecom Business Innovation award. Jo is a BTech from IIT Delhi, and an MBA from IIM Lucknow. 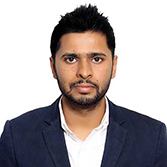 Nitin is a serial entrepreneur with 15+ years of experience and has started multiple companies including DByDx Software and Edureka. Currently Nitin is Senior Vice President in Kelltontech Solution. He is instrumental in defining Kellton Tech's operations, integration after merger, sales and marketing strategy. Beginning at a very young age, Nitin lectured at a number of business schools and has been an ardent speaker at many conferences, including NASSCOM, Blackberry JAM on mobile technologies. Nitin is an engineering graduate with a B.Tech degree from Indian Institute of Technology, Kanpur, India 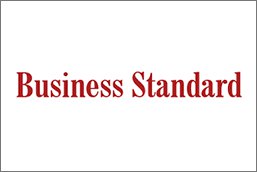 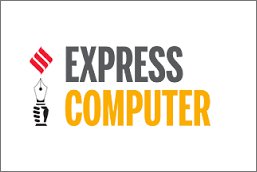 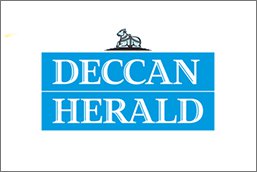 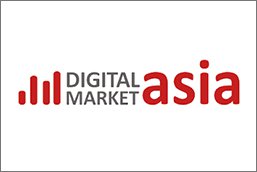 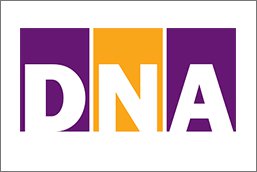 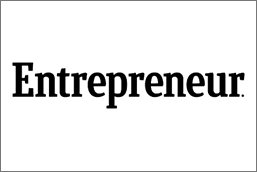 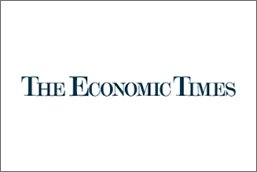 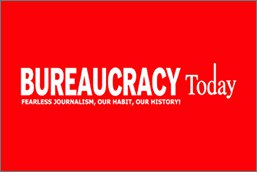 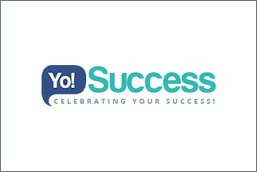 Be the first to know about news and updates

Thank you for subscribing

Fill in the details below to unlock your coupon code

Once generated, the coupon code can be redeemed during the checkout process

Coupon code can be applied on any course during checkout process 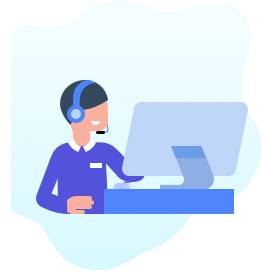