Why should you take Linux Fundamentals Certification?

Online Self Learning Courses are designed for self-directed training, allowing participants to begin at their convenience with structured training and review exercises to reinforce learning. You'll learn through videos, PPTs and complete assignments, projects and other activities designed to enhance learning outcomes, all at times that are most convenient to you.

Financing options available without any credit/debit card. The interest amount will be discounted from the price of the course and will be borne by Edureka. You will be charged the course price minus the interest. Click on View More to avail. Conditions Apply.
ENROLL NOW PAY LATER

Interactions with an Live Expert, get your doubts cleared in Real Time.

Your guide from Edureka, to ensure you achieve your learning goals.

Learning Objective: In this module, you will be introduced to various features of Linux. You will learn history, open source licences, various Linux distributions and Linux installation


Topics:
Get detailed course syllabus in your inbox

Learning Objective: In this module, you will understand the user interface, commands and tools, and file operations in Linux
Topics:
Hands On/Demo:
Get detailed course syllabus in your inbox

Learning Objective: In this module, you will learn about managing Users and perform Authentication Configuration
Topics:
Hands On/Demo:
Get detailed course syllabus in your inbox

Learning Objective: In this module, you will learn about the boot management system and configuring services to run at boot. You will understand package management, which includes installing and removing software and updating a Kernel RPM.
Topics:
Hands On/Demo:
Get detailed course syllabus in your inbox

Learning Objective: In this module, you will learn about OSI layers and various protocols of networking in Linux
Topics:
Hands On/Demo:
Get detailed course syllabus in your inbox

Learning Objective: In this module, you will learn process management, system calls and bash operations
Topics:
Hands On/Demo:
Get detailed course syllabus in your inbox

Learning Objective: In this module, you will learn about programming languages, libraries and profiling tools
Topics:
Hands On/Demo:
Get detailed course syllabus in your inbox

Learning Objective: In this module, we will learn about Linux security administration and Virtualization
Topics:
Get detailed course syllabus in your inbox
View course curriculum
Hide Curriculum
Like the curriculum? Enroll Now
Structure your learning and get a certificate to prove it.

Linux is a free operating system, which comes under the GNU GPL license. It can be freely used on all products or applications which you develop free of cost. Linux is everywhere, which means it spreads almost all over the world. In your daily life, you are communicating with Linux servers, because all major internet sites such as Facebook and Google are using Linux servers. In addition, most modern televisions, Android mobiles run on Linux. At the root of it, Linux is free software used to control the desktop, laptop, supercomputers, mobile devices, networking equipment, aeroplanes and automobiles and so on. More significantly, viruses are less of a threat on Linux. With a slight Linux knowledge and an inexpensive computer, you can create tiny gadgets at home

What are the objectives of our Linux Fundamentals Certification Course?

After completing this course, you will be able to:

Who should go for this Linux Fundamentals Certification Course?

What are the prerequisites for this Linux Fundamentals Certification Course?

The only pre-requisite for this course is the basic Operating System Knowledge which would be helpful while learning Linux Fundamentals.
View course curriculum
Hide Curriculum

Your Name
Linux Professional
with Grade X
The Certificate ID can be verified at www.edureka.co/verify to check the authenticity of this certificate
Click to Zoom

We have mailed you the sample certificate Meanwhile, do you want to discuss this course with our experts?

Your Name
Linux Professional
with Grade X
The Certificate ID can be verified at www.edureka.co/verify to check the authenticity of this certificate

A
Anil
I enrolled for Linux Redhat course. The training conducted was excellent. Faculty was well experienc ... Read More

kanishk
Let me start of by congratulating the entire Edureka team for putting together such an amazing conte ... Read More
R
RATHEESHWARAA KCertified Data Science Professional
One of the best thing I would say from this platform is providing high quality content with highly s ... Read More

Muralidhar GaddamDevOps Professional, Project/Program Management Corporate Trainer
I got full value from Edureka's DevOps course. I had to come out of my comfort zone as I was expecti ... Read More 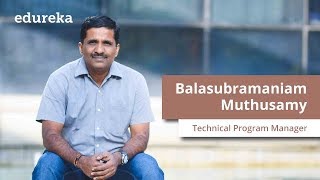 Our learner Balasubramaniam shares his Edureka learning experience and how our training helped him stay updated with evolving technologies. 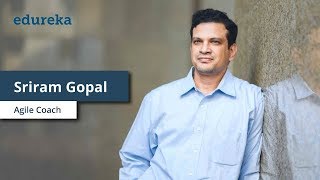 Sriram speaks about his learning experience with Edureka and how our Hadoop training helped him execute his Big Data project efficiently. 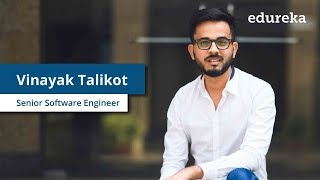 Vinayak shares his Edureka learning experience and how our Big Data training helped him achieve his dream career path.
Loved reviews? Enroll Now
Structure your learning and get a certificate to prove it.

What are the system requirements for our Linux Certification Training?

The system requirements necessary for this course are PC, Minimum 2GB RAM and 20 GB HDD Storage.

How will I execute the practicals?

To execute your practicals on Linux Fundamentals, you need to install Linux Ubuntu v18 in your laptop or desktop.

Which case studies will be a part of this Linux Fundamentals Certification Course?

You will undergo self-paced learning where you will get an in-depth knowledge of various concepts that will be covered in the course.

Live project based on any of the selected use cases, involving the implementation of the various Linux concepts

Each class will be followed by practical assignments which will aggregate to minimum 20 hours.

You get lifetime access to Learning Management System (LMS) where presentations, quizzes, installation guide & class recordings are there.

Towards the end of the course, you will be working on a project. Edureka certifies you as a "Linux Professional" based on the project.

We have a community forum for all our customers that further facilitates learning through peer interaction and knowledge sharing.

Post-enrolment, the LMS access will be instantly provided to you and will be available for lifetime. You will be able to access the complete set of previous class recordings, PPTs, PDFs, assignments. Moreover the access to our 24x7 support team will be granted instantly as well. You can start learning right away.

Is the course material accessible to the students even after the course training is over?

Yes, the access to the course material will be available for lifetime once you have enrolled into the course.

Linux is an open-source, versatile and a widely used operating system delivered with a host of utilities that makes your life easier. Learning Linux is easy and can help open up opportunities for your career growth. Along with Linux, mastering skills like troubleshooting and network support can help boost your resume.

What is the best way to learn Linux?

Edureka’s Linux Fundamentals Certification Training is the best training module you need to master the technology and look to make a career in it. We also provide a plethora of free tutorials and blogs that will help you get started with Linux and cover the basics well.

What if I have more queries?

What are the career progression and opportunities after learning Linux?

If you have good expertise in Linux OS, network management, troubleshooting and administration, then you can expect a fantastic career growth. Linux is widely used and implemented in the market today with companies like Oracle, IBM, Google and Facebook all using Linux in some capacity.

What are the skills needed to master Linux?

There are no such skill-set required to master Linux. Having basic functional knowledge of Operating Systems will be an add-on when you learn Linux.

What is the future scope of Linux?

Linux reach in the technology market is only predicted to grow further. More and more organizations are looking to adopt Linux in their systems. Getting certified in Linux can help you grow further in your career.

What is the price of this Linux training?

Why take online Linux Certification course? How is it better than offline course?

Learning pedagogy has evolved with the advent of technology. Online training adds convenience and quality to the training module. With our 24x7 support system, our online learners will have someone to help them all the time even after the class ends. This is one of the driving factors to make sure that people achieve their end learning objective. We also provide life-time access of our updated course material to all our learners.

How can a beginner learn Linux?

We have compiled an extensive list of blogs and free tutorials to help out beginners who are looking to master Linux. You can check them out on our Youtube and blogging channels! Once you are done with that, our certification training program will make you a master of Linux.

What is the average salary for Linux certified professional?

Linux admin and developers are in great demand in the job market. With average pay going between $100,000/- to $140,000/- depending on the magnitude of the project and your experience.
View course curriculum
Hide Curriculum
Be future ready. Start learning
Structure your learning and get a certificate to prove it.

Tell Us Your Preferred Starting Date

Your details have been successfully submitted. Our learning consultants will get in touch with you shortly.

Do you want to know full Course Curriculum?

Thank you for reaching out to us. Our experts will reach out to you in the next 24 hours

Drop us a Query
Have doubts regarding the Curriculum, Projects or anything else about the course?

Available 24x7 for your queries

3 Month EMI plans at no extra cost. Share your details below to avail this payment option.

Our Executives will get in touch with you soon

Get a Glimpse of the course

Drop us a Query

Call us for any query