FOR A CAREER PATH IN 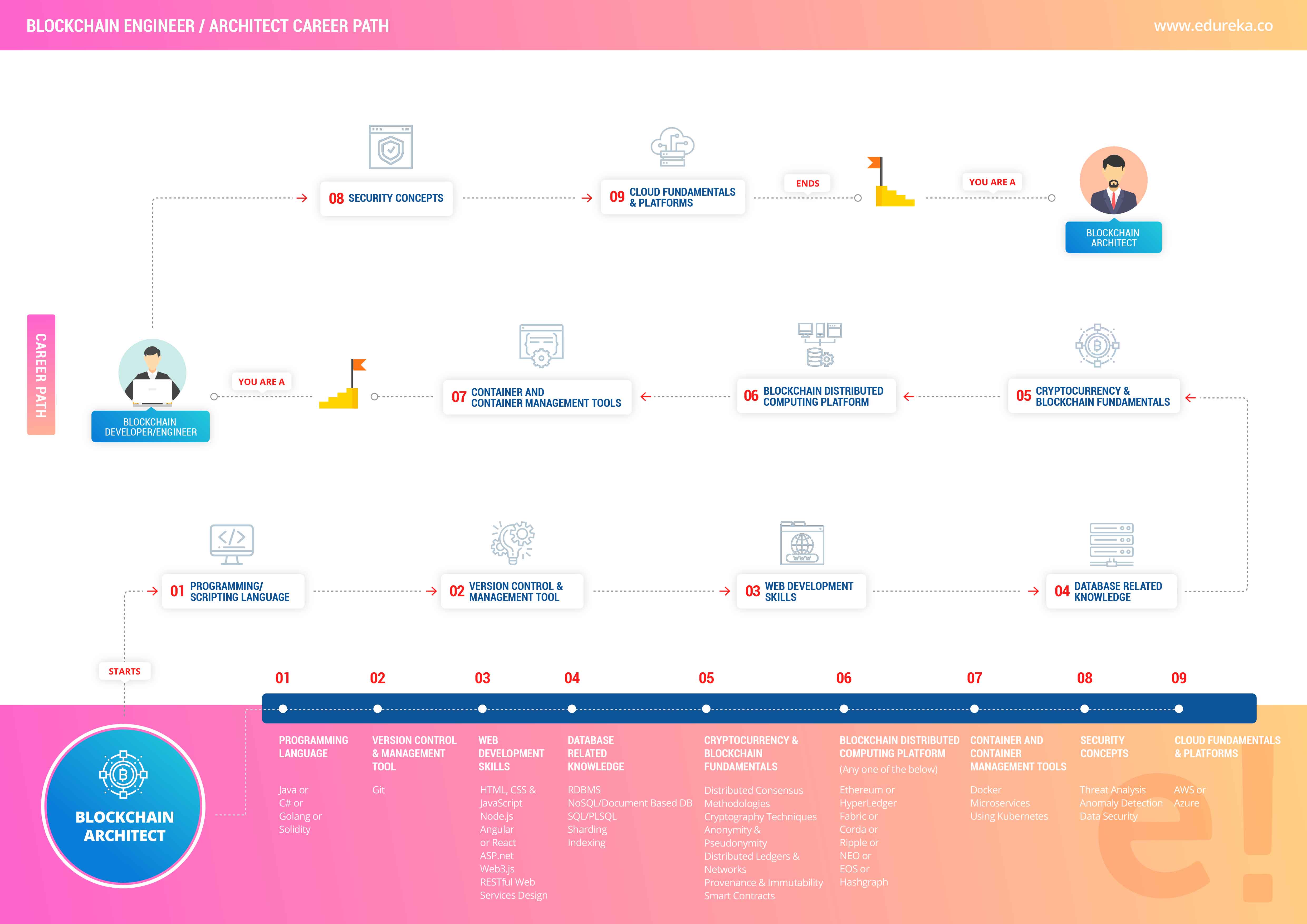 Having finally emerged from its cryptocurrency shell, Blockchain is today redefining everything from currency transactions, internet connectivity and security to data storage and handling. Even governments have woken up to the advantages of Blockchain for secure transactions and are running pilot projects such as the Andhra Pradesh (India) government’s initiative to move land records to Blockchain.

As a distributed, tamper proof ledger, Blockchain can cut out intermediaries, reduce costs, and increase speed and reach. By removing middle-men and centralized third parties that handle transactions, Blockchain is expected to usher in greater transparency and traceability in business processes.

While private and public sectors warm up to Blockchain, there’s a serious dearth of skilled professionals and consequently a huge demand for Blockchain Engineers and Architects. In such a scenario, the career prospects for those interested in Blockchain jobs looks brighter than ever.

With top global organizations adopting Blockchain, skilled professionals are in high demand, now more than ever. Consequently, Blockchain Engineers and Architects are among the highest paid IT professionals today, and the market demand for them is growing rapidly. In fact, it’s said that for every five Blockchain related jobs in the industry, there is only one eligible professional available. Many fortune 500 companies are on the hunt for eligible Blockchain professionals. Prominent economic sectors which are leading in Blockchain adoption include retail, banking, healthcare, finance, and logistics.

What can you expect in this report?

Getting a Blockchain certification is a sure shot way to unlock a rewarding Blockchain career. We hope that this Career guide will take you one step closer to achieving your dream Blockchain job role. Download now to get started.

Send Career Guide In My Inbox

Get Career Guide in Your Inbox