Blockchain’s foray into the IT industry with Bitcoin changed the way the world saw online transactions. As Blockchain got popular, people realized that Blockchain can be beyond Bitcoin. Over the years, various industries such as Healthcare, Real Estate, Politics, etc., have been trying to adopt Blockchain Technology. And because every industry works uniquely, Blockchain had to evolve into different types. In this blog, I will explain different types of Blockchain and their fundamentals.

The topics covered in this blog are:

Why do we need different types of Blockchain?

I am going to start with the application that introduced Blockchain technology to the world: Bitcoin!

When it comes to cryptocurrencies like Bitcoin, anybody should be able to access it, make transactions and be a validator. That’s why Bitcoin has no restrictions on who can access it. Open a web browser and go to https://www.blockchain.com/explorer. Here you will see many details such as Price, HashRate, Difficulty level, etc.

If you scroll down the same page, you will see more details about each block and transaction.

You can see that a lot of information is publicly available. But this doesn’t mean that the data is not secure. These are all encrypted data and the sensitive data is still safe.

In case you own an organization and you decide to store details of financial transactions on the Blockchain, you wouldn’t want this data to be publicly available. The data should be restricted only to the relevant people(finance department, management, board, etc.).

Multichain is a Blockchain used only by a single organization. There is a slightly different version of this used in the Banking sector.

Similar to how Multichain is restricted only to the people of the same organization, Blockchain used in banking restricts the access of Blockchain to that particular Bank. But the difference here is, the Blockchain should be accessible to all the branches of the Bank and maybe to different banks for inter-transaction.

Now that you have learnt how Blockchain is being used for different applications in different ways, let’s see what are the different types of Blockchain.

Depending on the need of the application, Blockchain can be divided into 3 types:

As the name suggests, Public Blockchain is publicly accessible and has no restriction on who can participate or be a Validator. In Public Blockchains, no one has complete control over the network. This ensures data security and helps immutability because a single person can not manipulate the Blockchain.

The authority on the Blockchain is equally divided among each node in the network, and due to this, Public Blockchains are known to be fully distributed.

Public Blockchains are mainly used for cryptocurrencies like Bitcoin, Ethereum, and Litecoin.

This type of Blockchain can be used when organizations are ready to share the Blockchain, but restrict data access to themselves, and keep it secure from public access. Now, if you want to read more about Blockchain architecture, click here.

If you wish to learn Blockchain and build a career in different Blockchain Technologies, then check out our Blockchain Certification Training which comes with instructor-led live training and real-life project experience. This training will help you understand what is Blockchain in an exhaustive manner and help you achieve mastery over the subject. 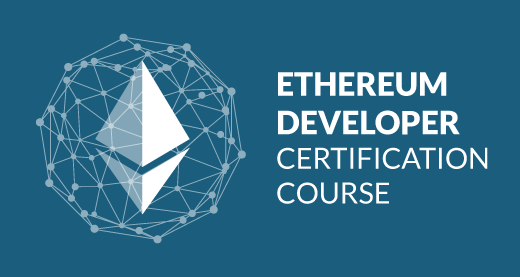