This is a multi-part series, all focusing on Android interview questions, for both fresher and experienced as well. This list has been put together after careful research and under the thorough guidance of Android Certification experts, who have worked in the industry for several years and have conducted many interviews for different Android job roles.

Android has the largest installed user base of any mobile platform in the world. As a result, developers who have mastered the OS are in great demand. Of course, when it comes to getting a job, you have to demonstrate your expertise, your passion for the technology and pass a technical interview to win a top paying job. This can be a bit of a challenge as Android has been updated several times since the first version was released, and also because of device fragmentation as each manufacturer tweaks the software.

Let’s look at the following set of interview questions designed for fresher as well as experienced candidates.

What are the advantages of Android?

What are the different phases of the Activity life cycle?

As an activity transitions from state to state, it is notified of the change by calls to the following protected methods:

These seven methods define the entire lifecycle of an activity.

What is an Explicit Intent?

In an explicit intent, the activity that is required to respond to the intent is specified. To be precise, the target components are explicitly designated. This is typically used for application internal messages.

What is an Implicit Intent?

In an implicit intent, only the intent is declared and the activity that can respond to the intent is left to the platform. Here the target component is not declared, hence it is usually used for activating components of other applications as well.

What is an AndroidManifest file?

Applications confirm their components like the .apk file that also holds the application’s code, files, and resources in a manifest file that’s bundled into the Android package. The manifest is a structured XML file and is always named AndroidManifest.xml for all applications. It is also used for naming libraries the application that needs to be linked and identifying any permissions the application expects to be granted.

What’s the difference between a file, a class and an activity in android?

What is the significance of the .dex files?

Android programs are compiled into ‘.dex’ (Dalvik Executable) files, which are zipped into a single .apk file on the device. ‘.dex’ files can be created by translating compiled applications written in Java.

What does ADT stand for?

What are the different tools in Android and explain them?

Android Emulator is an implementation of the Android virtual machine designed to run within a virtual device on the development computer. It is used for testing and debugging Android applications.

The DDMS is used to monitor and control the Dalvik virtual machines on which the applications are being debugged.

Android Debug Bridge is a command-line debugging application distributed along with the SDK. It provides tools to browse the device, copy tools and forward ports for debugging.

What is Dalvik Virtual Machine?

Dalvik is the name of Android’s virtual machine. The Dalvik VM is an interpreter-only virtual machine that executes files in the Dalvik Executable (.dex) format, a format that is optimized for effective storage and memory-mappable executions. The virtual machine is register-based and can run classes compiled by Java language compiler that have been altered into its native format using the included ‘dx’ tool. The VM runs on top of Posix-compliant operating systems depending on it for performing threading and low level memory management functionalities. The Dalvik core class library is envisioned to provide a familiar development base for those used to programming with Java Standard Edition, but is geared explicitly for the needs of a small mobile device.

What is Android Runtime?

Android comprises of a set of core libraries that provides most of the functionality available in the core libraries of the Java. All Android application runs in its own process, with its own instance of the Dalvik virtual machine. Dalvik has been written in order for the device to run multiple VMs competently. The Dalvik VM executes files in the Dalvik Executable (.dex) format which is boosted for minimal memory footprint. The VM is register-based, and runs classes compiled by a Java language compiler that have been transformed into the ‘.dex’ format by the included ‘dx’ tool.

What is the Open Handset Alliance?

The OHA is a conglomerate of 84 technologies and mobile companies that have joined hands to fast-track innovation in mobile technology and at the same time, offer the end users an improved, cost-effective and richer mobile experience. Members of this alliance include Google, HTC, Sony, Dell, Intel, Motorola, Qualcomm, Texas Instruments, Samsung, LG, T-Mobile, Nvidia. The OHA was started on 5th November, 2007 by Google and 34 other companies. Android is the main software of this alliance.

What is a Service?

What is the difference between Service and Thread?

Service is like an Activity but has no interface. For example, for fetching information on weather, blank activity will not be created. Here Service will be used. It is also known as Background Service because it performs tasks in background.

A Thread is a concurrent unit of execution. Take note that the UI cannot be updated from a Thread. For this a Handler must be used.

What is a Toast Notification?

Toast notification is a message that pops up on the window. It only covers the expanse of space required for the message and the user’s recent activity remains visible and interactive. The notification automatically fades in and out and does not accept interaction events.

What are the other Notifications?

The other notifications are:

What is the significance of XML-based layouts?

XML-based layouts provides consistent and somewhat a standard means of setting GUI definition format. As a general practice, the layout details are placed in XML files, whereas other items are placed in source files.

Containers hold objects and widgets together, depending on which specific items are needed and in what particular arrangement. Containers may hold labels, fields, buttons, e.t.c

What are the drawbacks of Android?

Android is an open-source platform and at the same time different Operating Systems have been released for different mobile devices. This provides no clear picture on how applications can adapt with different OS versions and upgrades. An app that runs on a particular version of Android OS may or may not run on another.

Another limitation is that, mobile devices comes in different size and forms. Here it becomes a challenge for developers to create apps that can auto-correct to the right screen and other feature of that particular mobile device.

ADB is abbreviation of Android Debug Bridge. It provides developers the power to execute remote shell commands. Its basic function is to allow and control communication, to and fro from the emulator port.

What are the four essential states of an activity?

ANR is the acronym for Application Not Responding. This is a dialog that appears to the user whenever an application has been unresponsive for an extended period of time.

How are escape characters used as attribute?

Escape characters when preceded by double backslashes can be used as an attribute. For example, a newline character is created using ‘n’

When does other qualifiers in multiple source take precedence over Locale?

What is the correct way of setting up an Android-powered device for app development?

The following are steps need to be followed prior to actual application development in an Android-powered device:

What are the steps involved in creating a bounded service through AIDL?

What are the different data types supported by AIDL?

What is a Fragment?

A fragment is a portion of an activity. It is flexible in a sense that it can moved around or combined with other fragments in a single activity. Fragments are also reusable.

Can Fragments be added without using a User Interface?

Yes, this can be done when creating a background behaviour for a particular activity. This can be done by using add (Fragment, string) method to add a fragment from the activity.

How to remove icons and widgets from the main screen of an Android device?

To remove an icon, press and hold that icon. Then drag it towards the lower part of the screen where the remove button appears.

Do all mobile phones support the latest Android Operating System?

What is a Portable Wi-Fi Hotspot?

Portable Wi-Fi Hotspots allow you to share your mobile internet connection with other wireless devices. For example, your Android-powered phone can be used as a Wi-Fi Hotspot to make your laptop connect to the internet.

What is the variance between a regular Bitmap and a Nine-Patch image?

A Nine-patch image allows resizing. The Nine-patch refers to the way you can resize the image: 4 corners that are unscaled, 4 edges that are scaled in 1 axis, and the middle one that can be scaled into both axes.

What are the exemptions in Android?

Start your training on Android Development 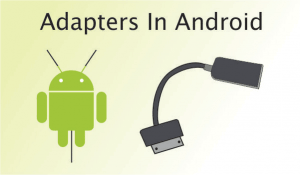 Top iOS Interview Questions You Must Prepare In 2021

Tips to Ace Android Interview in 2020 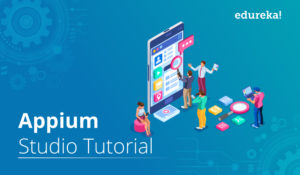 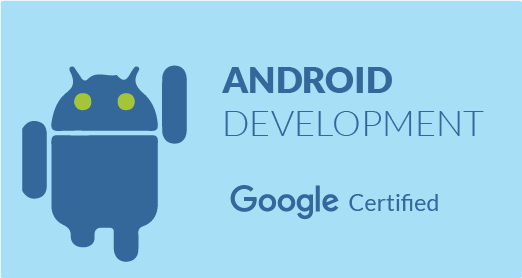 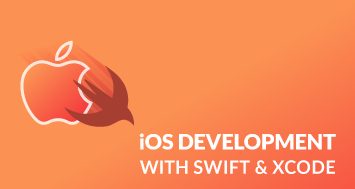