This world has seen four major revolutions that changed its entire face. The first revolution was in 1784 when the first steam engine was introduced. In 1870, the second revolution, electricity was invented. The third one was in 1969 when the word information technology was introduced in the world. And the fourth one is the revolution of Artificial Intelligence which we are experiencing right now. The Future of AI holds more inventions that will bring us closer to an unparalleled future.

In this article, we will cover the following topics:

Artificial intelligence (AI) makes it possible for machines to learn from experience, adjust to new inputs and perform human-like tasks. The earliest research into thinking machines was inspired by a confluence of ideas that became prevalent in the late 1930s, 1940s, and early 1950s. So let’s have a look at the evolution of this life-changing technology from the early 50s to the present date:

The growth and evolution of AI is a continuous process. Now, before we start talking about the Future of AI, let’s have a look at the creative inventions done in the past which involves Artificial Intelligence.

Beginning of the AI Revolution

From the 1950s, many scientists, programmers, logicians, and theorists started in solidifying the modern understanding of artificial intelligence as a whole. With each new decade, there were new innovations and findings that changed people’s fundamental knowledge of the field of artificial intelligence. Also, it showed how historical advancements have catapulted AI from being an unattainable fantasy to a tangible reality for current and future generations. Some of the important advancements throughout the history of AI are:

Claude Shannon, the father of information theory, published “Programming a Computer for Playing Chess”, which was the first article to discuss the development of a chess-playing computer program. 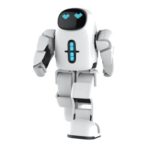 Unimate, an industrial robot invented by George Devol in the 1950s, became the first to work on a General Motors assembly line in New Jersey. It focused on transporting die castings from the assembly line and welding the parts on to cars, a task deemed dangerous for humans. 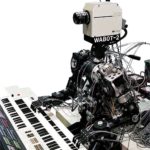 This phase witnessed the advancements, particularly focusing on robots and automatons. WABOT-1, the first anthropomorphic robot, was built in Japan at Waseda University. Its features included moveable limbs, ability to see, and ability to converse.

In 2000, Professor Cynthia Breazeal developed Kismet, a robot that could recognize and simulate emotions with its face. It was structured like a human face with eyes, lips, eyelids, and eyebrows.

In 2009, Google secretly developed a driverless car. By 2014, it passed Nevada’s self-driving test.

These were some of the advancements and achievements of AI in the past. The current decade has been immensely important for AI innovation. So let’s see how AI changes our lives in the current decade.

The current decade has been immensely important for AI innovation. In recent years, artificial intelligence has become embedded in our day-to-day existence. We use smartphones that have voice assistants and computers that have intelligence functions. AI is no longer a pipe dream and some of its achievements in this decade are: 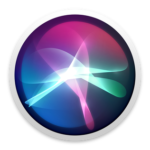 Apple released Siri, a virtual assistant on Apple iOS operating systems. Siri depends on a natural-language user interface to infer, observe, answer, and recommend things to its human user. It adapts the voice commands and projects an individualized experience for the users.

Microsoft released Cortana, their version of a virtual assistant similar to Siri on iOS. Also, Amazon created Amazon Alexa, a home assistant that developed into smart speakers that function as personal assistants.

In 2016, A humanoid robot named Sophia was created by Hanson Robotics. She is the first Robot citizen. With her ability to see (image recognition), make facial expressions, and communicate through AI, Sophia has more human-like features when compared to the other humanoids.

Artificial intelligence advancements are occurring at an unprecedented rate. Thus, we can expect that the trends from the past decade will continue swinging upward in the coming years. Now, let’s move on to the Future of AI and find out how it continues to act as a technological innovator.

“AI is going to change the world more than anything in the history of mankind. More than electricity.”— AI oracle and venture capitalist Dr. Kai-Fu Lee”

In the last ten years, artificial intelligence has changed the world in subtle but sweeping ways. Voice recognition on every smartphone was a simple proof of concept. Over the next 10 years, artificial intelligence will make more progress than in the fifty before it, combined. With countless quickly oncoming applications to business, government, and personal life, its influence will soon touch absolutely every aspect of our lives. 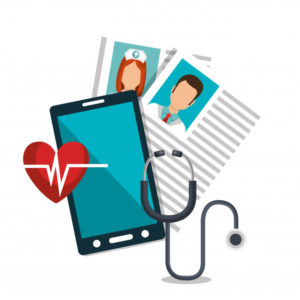 Complementing a doctor’s human intuition with the precision and completeness of AI could be one of the greatest revolutions in healthcare. The simple fact is that the human race has produced an excess understanding of human health than any one human brain can usefully contain. Thus, AI can start to out-perform even the best human doctors. 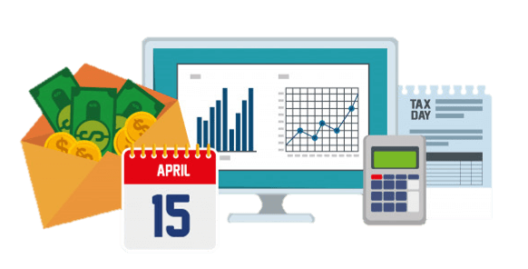 It is fun to watch the bankers get automated into unemployment, but the real win is when the AI takes over. Right now, the financial services sector has a lot to do with why the rich get richer. They can afford to hire more and better financial help to manage the money they have. With AI,  especially open source fintech solutions, it could be possible to change personal finance to put it on a much more even playing field.

To an extent, real-time machine translation already exists from major tech companies like Skype and Microsoft. But other research bodies like Google and even DARPA are looking to take the idea ahead. Currently, machines can only try to translate about 100 of the world’s more than 7000 languages. Whether it’s the military or international corporations or just regular old academia, someone is going to use AI to push real-time translation forward so that we can communicate better.

AI might design the perfect offensive formation, but the human players enacting that plan have to have the necessary skills. Here, modern machine learning algorithms can help. Partly, it’s just a matter of collecting data in wider and wider contexts, through smart golf clubs and basketballs and baseball bats. Also, AI could provide more active feedback by watching your swing to offer corrections. 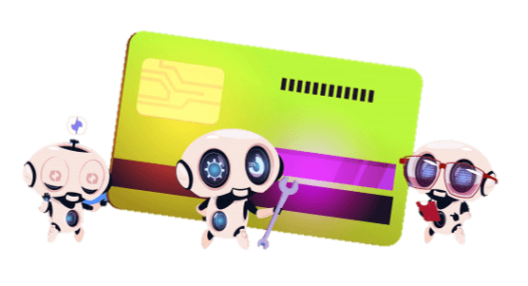 This technology can save an incredible amount of time. Advanced AI face recognition algorithms will soon be quick enough and cheap enough to support millions of transactions per day, but machine learning can teach a computer to recognize more than faces. For example, Wells Fargo and others plan to secure some financial transactions with equally advanced biometric analysis of a user’s voice.

Amazon is working to make physical shopping even less hassle than online. This is only possible with the help of Artificial Technology. Online shopping algorithms are a dime a dozen these days, but one fascinating project from Pinterest could expand the idea to the physical world. The prediction will also play a bigger role than ever, as the companies use AI to suggest the perfect product to shoppers and to make sure that the product is stocked up, back at the warehouse. 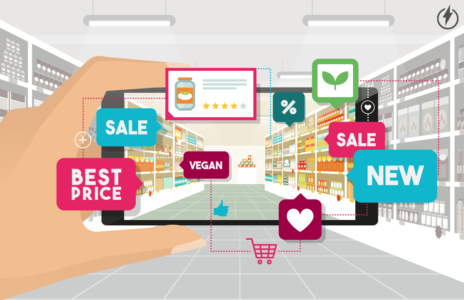 Have you ever clicked a picture of a product so that you can look for something similar in the stores? Amazon, the giant e-commerce platform, has already incorporated a visual search option on its mobile application. Just take a photo of the item you want, and it will show you something very similar or identical. You can buy it right away with just a photograph. 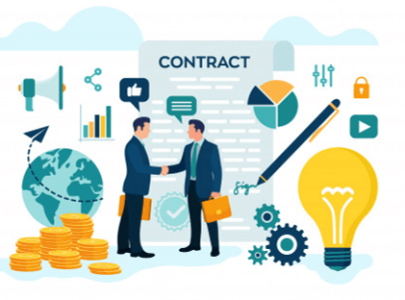 In the coming decades, the world’s best CEOs might just be robots. If management is the process of noticing and properly assigning talent, then an AI might well be better able to do that. There is another theory that AI might make people so capable of organizing on their own that managers will become less important and one can run their business just with the technology. 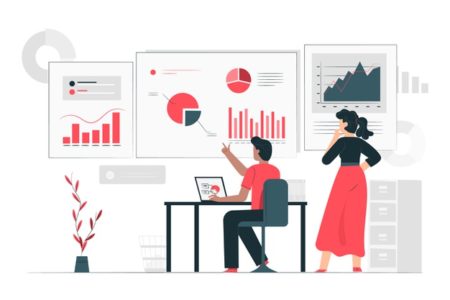 The advantage of AI lies in its ability to predict the future Beyond political victories and losses, the larger implications of AI lie in decision and policymaking. With the rise of AI startups and increased dialogue around policy-making, the arrival of AI politicians is not a big surprise. While constitutions and laws across the world, prohibit non-humans from contesting elections, there is a severe dearth of laws defining the moral and ethical implications of the usage of AI in the political and public space. 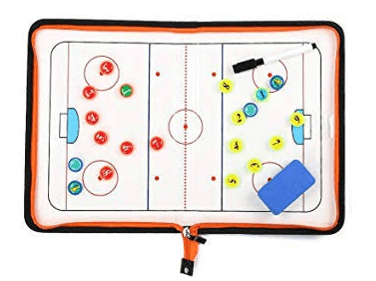 Considering the nearly infinite variability of human behavior and ingenuity on the field and rink, it seems that artificial intelligence could soon design all-new strategies for even the world’s best-studied sports. The beautiful game has been successfully broken down and understood, in its basic principles, by a machine learning algorithm, and according to the inventor of that algorithm, it should apply quite well to other sports like basketball and hockey.

These were just a few out of the many sectors which will be taken over by Artificial Intelligence in the coming years. with this, we have come to the end of this Future of AI article. I hope you understood the contribution of AI over the years and how it’s going to rule over every sector.

To get in-depth knowledge, check out our interactive, live-online Edureka Python Data Science Certification Training here, that comes with 24*7 support to guide you throughout your learning period.

Got a question for us? Please mention it in the comments section of this “Future of AI” article and we will get back to you as soon as possible. 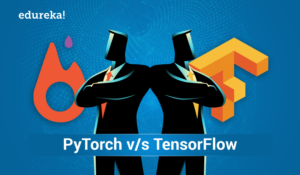 PyTorch vs TensorFlow: Which Is The Better Framework? 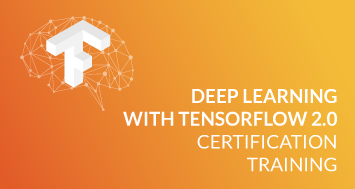 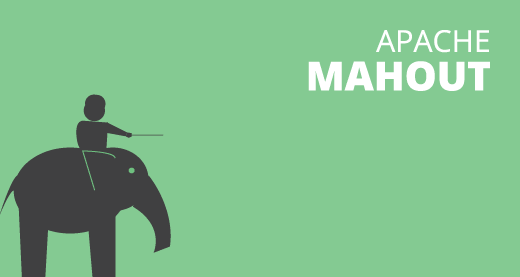